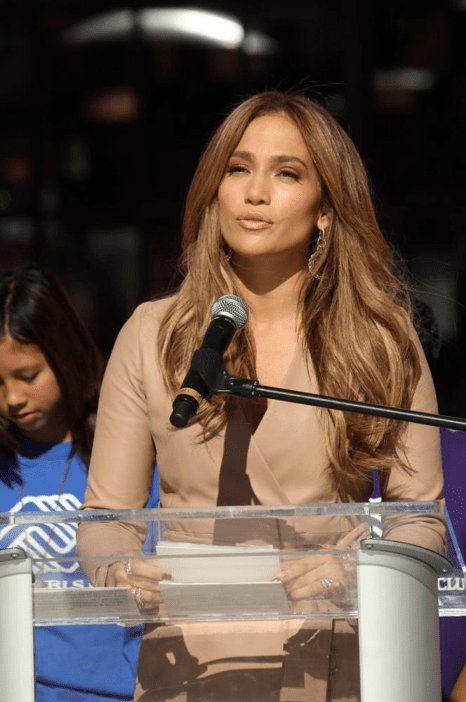 13 Celebrities Who Are Fans of Microblading

13 Celebrities Who Are Fans of Microblading

Jack Black rightly said: “You must never underestimate the power of the eyebrow.” Eyebrows have always been a huge element when it comes to beauty and fashion world. Shaping and grooming them with care has always been a priority. From arch shape and thickness to color and makeup, eyebrows are an integral part of the makeup routine. A new trend and talk of the town is microblading. Microblading is a permanent makeup technique that accentuates the appearance and shape of the eyebrow by creating natural-looking strokes on the skin with a microblade.

Maintaining perfect eyebrows at all times is not an easy job. Even for celebrities, with their fixed schedules and an army of makeup artists, it is pretty hard to maintain an ideal set of eyebrows; this makes microblading just the right solution. Numerous celebrities—whether it’s a movie star, a singer, or even a celeb mom—are investing in treatments such as microblading or permanent eyebrows to reduce the hours they spend in front of the mirror. Not only this, with superior quality microblading, the results can last for over a year and will help them to look beautiful every day.

In case you were wondering how some celebs rock flawless eyebrows even when posting a makeup-less selfie on Instagram, it’s likely that they too are among this list of celebrities who are fans of microblading.

Mila Kunis has always been on top of every list made about celebrity eyebrow transformations. With an unusual set of big, two colored and oval-shaped eyes, Mila Kunis’ eyebrows weren’t exactly perfect with rounded inner corners and super thin tails. This certainly gets fixed with microblading. Today Kunis’ arches are strong and fuller. There are no sparse spots and the eyebrows are perfectly filled in. This can be attained with short microblading strokes and color that is two shades lighter than the hair.

JLo is talent and beauty personified. Lopez went with the feathery strokes in combination with a light manual shading treatment in which the color is faintly lighter at the tip of the brow which harmonizes with her chestnut-colored eyes.

Nicole Richie had a really thin pair of eyebrows before the treatment. But with the help of her talented chief makeup artist Beau Nelson, she achieved the astounding brow look. Nelson used a blended combination of feathered strokes and brushing along with a delicate ombre effect to bring together this new Nicole Richie look.

Drew Barrymore had a microblading treatment in the year 2015. Since then, eyebrow experts around the globe are captivated by her incredible set of eyebrows. The depth of tint of her brows along with the curve, which is so on point, her eyebrows are in an ideal proportion to her face.

Gwen Stefani, the amazing American singer, was wildly famous in the 90s for tweezing her eyebrows into perfectly thinned lines. The sharp look is replaced today with thicker and more natural brows. Thanks to microblading, she now has thick, feathered, and flawlessly symmetrical eyebrows.

Along with the famous haircut from the well-known TV sitcom ‘Friends’, Aniston’s eyebrows are also noteworthy. The light, radiant color of her hair enhances the darker shade of brown in her faintly round-shaped brows, starting from the inner bend of her eyes.

Jolie possesses a classic pair of eyebrows that can be obtained from plain yet graceful strokes with a mysteriously dark color, comparable with PhiBrows Brown 3 pigment which makes her look so elegant. Maybe that’s why she loves raising her eyebrow. She once said: “I am getting a wrinkle above my eyebrow because I just can’t stop lifting it, and I love that you know” Well, Angie, we love it too!

Just like Banks hairstyle, her eyebrows are a perfect illustration of edginess. In contrast to her face’s heart-shaped structure, the arches of her eyebrows are faintly pulled back to an angle along with the dark color; this also compliments her glowing skin tone.

Mandy Moore has been quite truthful regarding her microbladed eyebrows. She admitted that she was never really good at doing her brows, plus the time consumed to make it exactly the way she wanted was just a lot. However, after the microfeathering treatment, according to her, her entire beauty schedule changed. She doesn’t have to worry about her eyebrows anymore. Now, she has a perfect pair of eyebrows with just a little extra feathery texture that looks great almost all the time which makes it easy for her to concentrate on her acting rather than on her eyebrows.

Gwyneth, also famous for her amazing character Pepper Potts in the Marvel Cinematic Universe, is also a huge admirer of micro-feathering. She was never the one who took extreme beauty risks but just like many other celebrities in the 90s, she also adopted the fashion of thinned line eyebrows, which she considered is one of the makeup errors of that time. But now, she has natural-looking pair of brows, all thanks to the talented makeup artist Kristie Streicher who created a fine look just like a brushstroke by focusing on the areas on her face that were sparse.

The famous pop icon Madonna flaunted her naturally bushy brows from the very start of her career in the 80s. But, since then her eyebrows have become thinner visibly, she became a fan of microblading. She lost some of her natural hair because of age and over-plucking in earlier years. To overcome this, she used microblading technique to fill in the gaps. Now, she has a new shape and look, thanks to brows that match her hair roots, which is the best kind of microblading. She has also experimented with the depth of the curves and bends that create an illusion.

Grammy and Oscar-winning recording artist Adele is also a huge fan of microblading. She had thin-lined eyebrows before her treatment. However, before the 2017 Grammy Awards, she went for the microblading treatment, which made her eyebrows darker and more shadowy with a more defined shape.

With an impressive fashion career and a decade-long career as a part of the world-famous girl group Spice Girls, Victoria Beckham is one of the most recognized celebs of all time. She is also a great fan of permanent makeup. She has had two semi-permanent make-up treatments. The first treatment was for her eyebrows, which gave her realistic-looking brows and stokes that makes them look fuller and thicker. She also got a liner treatment done.